Objective: Review the progress made on the agendas taken up during the last Summit and delves into ways to address the unaccomplished ones.

Pokhara City was very eager to host the first ever international conference. As the date for the 37th South Asian Association Regional Cooperation Ministerial meeting drew closer, preparations for the same were in full swing in Pokhara Grande.

As many as 17 welcome gates had been erected at different places of the city, including at Prithvichowk, Sirjanachowk and Pokhara Grande. Similarly, the roads from Pokhara airport to Hotel Pokhara Grande via Mustang Chowk were all black topped. Pokhara was all set as a wedding bride.

Our delegates were warmly welcomed by Holy Panchakanya and traditional Panchebaja. Our Chairman Mr. Kishor Silwal and V.P Mahesh Dewan personally welcomed our delegates with tika and garland.

The ministerial meeting itself was being held on March 17 at Manaslu hall the largest hall of Pokhara City. SAARC Programming Committee and Standing Committee were led by foreign secretaries on March 14-16. Bilateral Meetings were held in other 3 halls.

Our meals were very well appreciated by the delegates. Our dedicated culinary team matched the right taste as per the dietary plan of our delegates. And we received plenty of good words and appreciation for our hospitality and efficiency. Being successful host of such an epic event filled our team with extra enthusiasm.

This is the reason we are known as, “A complete hospitality”. 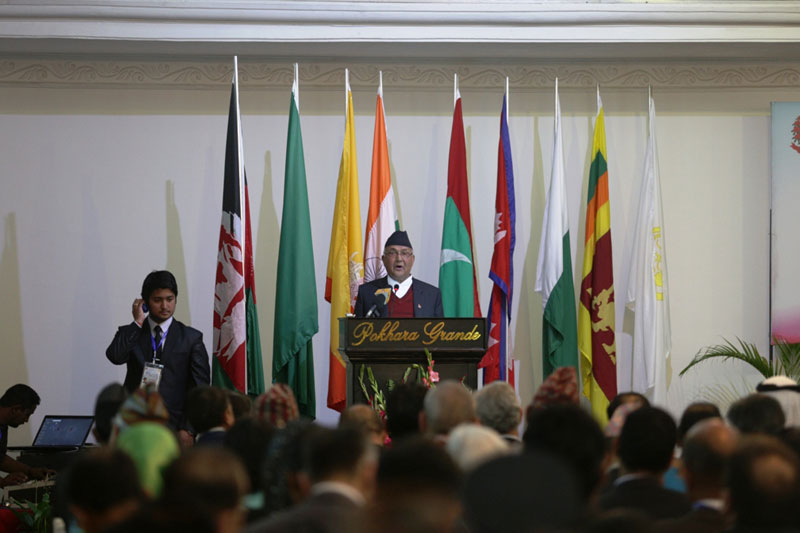